Drawing the Line: The Marqués de Rubí’s Inspection of Presidios, 1766-1772 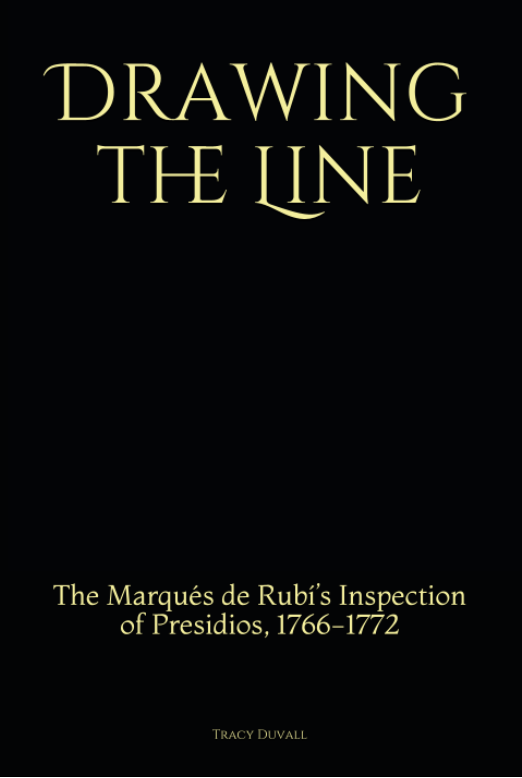 This volume presents documents from a monumental inspection of presidios in northern New Spain from 1766 to 1768. The Marqués de Rubí, a Spanish noble and field marshal, led this 7500-mile tour and reshaped Spanish policy in the region. The writings included here provide readers with first-hand perspectives on the course of the inspection, the state of the presidios, and the process of reform. But information about many other topics also lies within, including environmental conditions, economic change, and ethnic relations.

The first section presents writings directly related to the inspection, including each presidio’s summary and occasional ancillary documents, such as price lists. The chapter on El Paso uniquely includes Rubí’s travel journal, soldiers’ testimonies, and an exchange between Rubí and the captain regarding irregularities. The second section treats broader discussions of strategy and pan-presidio reforms. These documents extend from Nicolás de Lafora’s broad recommendations written toward the beginning of the inspection to Rubí’s commentary on the proposed Reglamento of 1772.

Thorough introductions and notes provide context for each document. Together with the translated documents, they provide a comprehensive view of this pivotal juncture in the history of what is now northern Mexico and the southwestern United States.

Available as a paperback or ebook (Amazon or elsewhere).

Joseph de Urrutia’s maps of presidios and their surroundings: